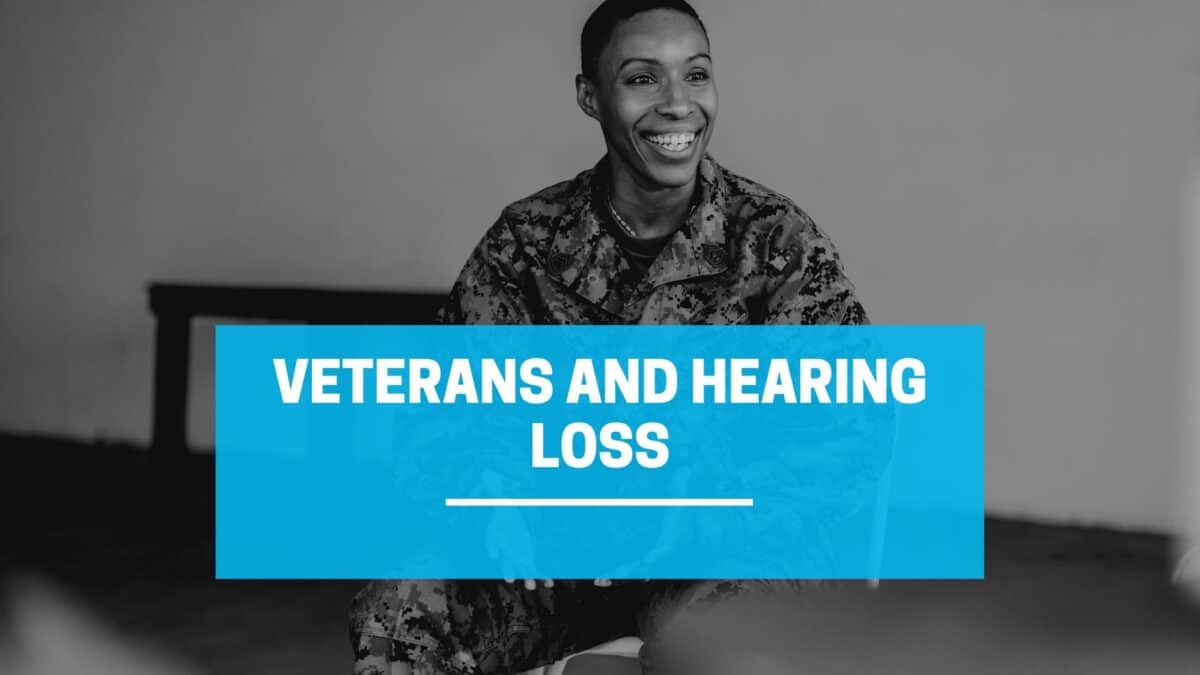 Most folks walking around with hearing aids today don’t know that much of their technological advancement is because of World War II. Much of the cutting-edge technology developed in wartime was later implemented in the audiological field.

Unfortunately, those who serve on the battlefield also have an astronomically high rate of hearing loss due to the dangerously loud noises still inherent to the conditions. Moreover, many soldiers return from war with substantial hearing loss due to the sounds of machines and weapons. Indeed, according to the Veterans Benefits Administration compensation report, more than 1.3 million Veterans got disability compensation for hearing loss in the fiscal year 2020, while more than 2.3 million received compensation for tinnitus.

Noise-induced hearing loss in the military

The type of hearing loss endured by military personnel is almost exclusively noise-induced. This occurs when the human ear is exposed to dangerously loud sounds in one traumatic event or continuously over time. One explosion and significant damage could be done to the auditory system.

Much more insidious, though, is the daily noise that soldiers are exposed to. Loud engines abound in the military, and military members are expected to work alongside them regularly. There are also extended hours spent training with firearms, not to mention actual combat in the field. All this noise eventually takes its toll.

The effects of loud noise on the ears

Imagine the quiet of a solitary walk in an isolated area. The human ear evolved over a long period in which volumes were considerably lower. The increasing volume of the modern age is a new adaptational challenge, and noise-induced hearing loss is the natural result.

The ubiquity of earbuds and personal tech devices has only upped the ante in the last decade. The World Health Organization even issued a warning that 1.1 billion teens and young adults are at risk of developing hearing loss strictly because of “personal audio devices.”

Consider that a military jet aircraft registers around 130 decibels on takeoff. That’s in comparison to decibel levels of a train whistling at 90 decibels, which is a noise we would consider dangerously loud and not conducive to hearing health when exposed to for an extended period. With those facts in mind, it’s no wonder that those in military service report some of the highest levels of hearing loss across various fields.

Because military personnel is constantly exposed to dangerous noise conditions, earplugs are standard on military bases. These are great ways to protect the ear as they can bring noise levels down by tens of decibels. It might seem like a small amount, but silencing the noise of a jet engine from more than 100 decibels down to something less violent to the ears is significant when it’s a noise you might be exposed to time and time again.

Unfortunately, being in the field with threats present means that those in service are not always willing to use earplugs to protect their ears. They’re often more worried about life or death situations where muffled noise could prove fatal. Instead, soldiers often eschew earplugs to be more aware of their surroundings.

It’s a terrible bargain to have to make – once noise-induced hearing loss occurs, its effects are irreversible. Thankfully, Veterans Affairs are working to extend care to Veterans that come away from service with various degrees of hearing loss. Most conditions that qualify for disability benefits must be initially treated while in the service. However, Veterans who have hearing loss may still qualify for benefits even if their hearing loss isn’t treated until after they’ve left.

Hearing health as a veteran

If you’re a Veteran with hearing loss due to military service, the best course of action to get assistance is by getting in touch with your local Veterans Affairs.

At Associates in Hearing, we salute our veterans and thank them for their service to our country. For more information on hearing loss or to schedule a consultation, contact us today.